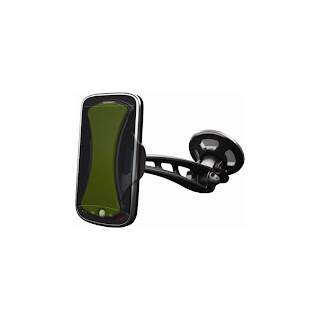 Lots of videos out there, but not many reviews, so here is mine…

Let me begin by describing the material that sticks. It is an ultra-sticky rubbery plastic that is much like the rubbery toys that you used to throw at a wall and they would slowly pull loose and roll/flop down the wall as if crawling. Similar to the rubbery dashboard mats that you can lay coins on and they won’t slide off, but much stickier.

For the most part, the mount works exactly as advertised. Almost anything smooth will stick to this thing. I have a T-Mobile G2x which is on the heavy side for a phone. A wee bit bigger than an iPhone 2. It stays put. iPhones also stay put, even in a shell/case. The back of the G2x is not flat, the camera lens area forms a bump at the top of the case and I recommend not letting this part stick to the Clingo pad as the plastic lens cover could pull loose eventually because the pad is sooo sticky. Nonetheless, there is plenty of surface area on a G2x to support the phone and make complete contact with the Clingo pad. You can actually record video of the drive ahead with the phone while using the mount, which is kind of cool. 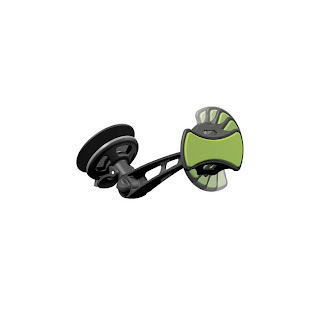 It does not take much pressure to get the phone to stay put. It’s practically magnetic which is good.The suction cup has the typical lever to stick and release it at will and works properly. It also comes with a black plastic disk that has a double-stick adhesive to mount it places where the suction cup may not adhere properly. Then the suction cup is “sucked” onto the disk.

The Clingo pad does not leave a residue on the phone (or lens). Actually, the pad will pull dirt, grease, gunk, etc. off the phone where it touches. I could also see it pulling the battery cover off some phones if you are careless about removing the phone.

As much as I find this mount favourable and easy to use, there are some caveats. The first being that the arm between the suction cup and the swivel joint that holds the pad is roughly 7 maybe 8 inches long which can lead to the phone getting rather jiggly on bumpy roads. In a car, especially with a lighter phone, it’s not so noticeable. In a four-wheeler with stiff suspension and heavy phone, it shakes a bit – not unusable, but more than I’d like.

Another issue that has happened on hour long drives in the sun is the phone may detach from the pad when going over a bump. Understandably, flexible, rubbery and sticky materials get a bit too flexible when hot. If one were to remember to press the phone against the pad every now and then on hot days, I don’t think it would be a frequent issue.

Lastly, if you live on a dirt road or dusty area, you will need to clean the pad more frequently. In an urban environment, you might get away with monthly cleaning. In sandy, dusty, dirt road use, you may want to clean it weekly.

In summary, this mount is super versatile. If you have a car shared by drivers with different phones or devices, it is a brilliant solution. Ditto, if you are a constantly upgrading phone junkie. The pad won’t interfere with charging cords and can hold a lot of stuff securely.

This entry was posted in Android, Reviews. Bookmark the permalink.